It started as a search for a simple diversion from a winter that seemed like it was dragging on and on.  Not that a northern Minnesota winter is ever brief, but when you are subject to your own self-imprisonment reading copious amounts of literature, academic texts, and scholarly reviews, studying conventions of film technique, analyzing methods in electronic rhetoric, and observing patterns in social media in order to formulate and produce your own seemingly endless list of scholarly reviews, Old Man Winter seems especially cruel.  Add to the mix a precocious two-year-old and two hunting dogs in the prime of their life who require and deserve more attention than your labors will allow, and the brutality of winter typically measured in the longevity of negative temperatures and feet of snow accumulation becomes punishingly oppressive in terms of personal guilt. 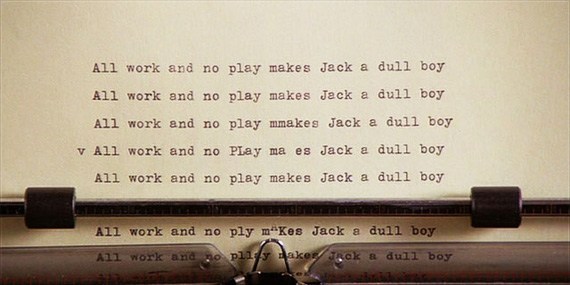 Complete silence made it too quiet to think.  No matter how low I turned the music, the notes and lyrics bombarded the excessive amount of intellectual dribble precariously seeping into the channels of thought.  I needed something to remind me there was an end in sight – a knowledge that there would again be a time when I could dictate the focus of my attention on passionate pursuits; not a distraction, just a hint of something … nature, something wild, wilderness.  I needed something that could provide a soundtrack to the memories that preoccupy the back of my mind; something to waylay the monotony without destroying the process, and perhaps even enhance reflection.

I took a break to peer into the The Minnesota DNR Nongame Wildlife Eagle Cam, but the nest was empty and this years clutch had failed to hatch.  Apparently the male was a first-time nester and did not provide enough support to the female.  Worse yet, there was no sound; no musical rhythms of nature; nothing to temper the murmurs from the influx of information in my head.  However, the camera led me to another link for live cameras provided by Explore.org where your initial reaction when hitting the site is “Whoa! Cameras everywhere!”, and there was sound.  This was progress.  Within a couple clicks, one camera pegged my interest: A great gray owl nest in western Montana provided by a partnership with the Owl Research Institute (ORI) out of Charlo, Montana.  I have always had an affinity for great grays ever since I had a few rare close encounters with one during an especially harsh Ontario/Minnesota winter pushed several south to forage for food twenty years ago.  I was a raptor survey volunteer for Hennepin County Parks at Elm Creek Park Reserve in the northwest Twin Cities metropolitan area at the time, and managed to observe and photograph its hunting skills in closer proximity than nature would normally allow.  The nest on the camera in Montana, a huge hollowed Douglas fir tree snag, was vacant, but the picture gallery showed great grays had visited the site at least a half dozen times in recent weeks as they were beginning their mating period.  According to the background information provided by Explore, ORI, and the chat community following the nest, the camera had only been established about a year prior when a great gray pair used this hollow snag to successfully fledge four owlets in 2017.  So, as I had in the park reserve twenty years ago, I waited and checked back occasionally.  I couldn’t spend any amount of time outdoors, so I brought the outdoors in.  I turned up the volume a bit, pushed the browser window behind the multiple-tabbed window I had open for my work, and listened.  Besides, I wasn’t here for the show.  I was just here for the sounds of nature.

After several days of listening to various songs of the wintry forest, talkative chickadee-dee-dee-dees, croaking and gurgling ravens, clucking and hammering pileated woodpeckers, honking Canada geese, and the whir and howl of the wind through the trees, there were faint, throaty hoots.  Hoots that were getting closer, louder.  I had missed some brief visits over the previous week, so I pulled the camera window to the forefront, and waited for movement on the periphery while I read Hawthorne.  Then, with a soft whoosh, whoosh, whoosh of wing beats a great gray took its place center stage.  I rushed to shoot a few photographs through the snapshot feature on the website while the rest of the community did the same.  The camera operator zoomed in to give us all a better look.  Soon images began cascading down the live chat accompanied by various greetings and thankfulness.  While the paparazzi fired away, the great gray went about its business of making some “nestorations” like it was opening up the cabin for the season.  I called my two-year-old son into my office to watch with me, and his eyes were instantly glued to the portal on the screen.  Then it dropped down to a branch in the camera tree where the camera operator followed.  The owl peered up into the lens briefly and resumed scanning the surrounding area.  As quickly as it arrived, it was gone again.  Disappeared into the forest.

A couple days went by with no visits that I witnessed.  There were off-camera woofy hoots from the great grays that were sometimes replaced by the hoo-h’HOO-hoo-hoo call of great horned owls.  There was concern among the camera’s community that the great horneds posed a threat to the great grays because of their notoriously aggressive nature.  Then after a late night of reading, I fell asleep with the smartTV tuned to the YouTube stream of the livecam.  The infrared lighting of the camera allows the nest to be viewed all through the night.  At 2:45 AM, I awoke to the black and white glare of the infrared camera lighting on the television, and hoots.  The great gray was back in the nest tree!  I grabbed my iPhone, hit the YouTube app to pull up the stream there, snapped a few screenshots, and, now that I was wide awake, went to my laptop to see if anyone in the camera community had posted the visit in the livechat.  I had never participated in the discussion before.  I had simply listened and observed.  However, because of the visit being in the middle of the night, none of the regulars had posted about it yet.  This would certainly be much anticipated news.  I decided to join the discussion.  In the middle of the night, I set up an account with the third party livechat provider Disqus, and posted one of the screenshots.  Now I was on board.  I was hoo-ked!

Numerous members of the camera’s community continued to note hearing vocalizations by both great grays and great horneds, and a couple days later both competitors paid a visit to the nest tree in the same evening.  Within the middle of the following night, a skirmish between a great gray and a great horned at the nest tree was caught on the livecam, and a noticeable tension grew in the camera’s community.  Although there was no video proof the great gray was injured in the tussle, the great grays were not seen or heard from for a few days again.  With emotions running high within the camera’s community, the researchers from ORI scheduled a live video chat on the livecam in order to address concerns and attempt to answer numerous questions.

A couple of brief return visits to the nest tree in the days leading up to the video chat, and reassurances from the researchers during the video chat seemed to bring a sense of calm and offer new hope that all was not lost for their great grays.  Four days without a great gray visit to the nest tree straddled the day of the video chat, but the camera’s community members continued to hold out hope, offer prayers, share what the experiences at this tree had meant to them, and express concern over the well-being of their great grays.  Separated from the nest tree as well as each other by hundreds or thousands of miles, they were connected by the portal to this tree and the amazing things they had witnessed there.  Here they had witnessed the miracle of nature brought to them through the cooperation of non-profit organizations working together for the common interest in the stewardship of wilderness.

I especially cherished the visits I was able to witness with my son.  During the days and weeks that this was all unfolding I had ventured out to investigate a few of the other Explore cameras like the Sauces Bald Eagles Cam on Santa Cruz Island, California provided in partnership with Channel Islands National Park; the West End Bald Eagle Cam on Catalina Island, California provided in partnership with the Institute for Wildlife Studies in Arcata, California; and the Decorah Eagles Cam in Decorah, Iowa provided in partnership with The Raptor Resource Project in Decorah.  All of these nests now had eaglets, and Sauces and Decorah were each raising three.  However, when my son would walk into my office with his bucket full of Hot Wheels in tow and hear the sounds of nature he would climb up in my lap and always point and ask “Owl?”  I would tell him, “The owl’s not there right now buddy.  Do you want to see the eagles?”  As I switched the camera from the empty tree to the bobbleheads in the eagle nests, he would slump and frown.  “Owl?” he would ask again, and I would switch it over to watch an empty tree with my son in my lap, and listen.

It’s been a week since the great gray pair spent any time on the nest tree.  I’ve strayed away myself to listen in on all the action taking place on the eagle cams.  We caught a glimpse of them silently gliding through the trees since then, directly after what seemd like a vocal exchange with the great horneds who were announcing their preference to the area at the same time.  What I have found amazing is the amount of emotion I have observed through this portal into the wilderness.  A viewer has very little perspective of the surrounding ecosystem at this camera.  The view is two-dimensional with tunnel vision, and you are at the mercy of the camera operator.  Without sound, it’s just a picture.  With the reverberations of the forest, it is a window that allows anyone the capability to overlook the living and breathing wilderness, and take an active part in exploring and documenting some of nature’s most intimate and secretive activity.  The devoted great gray owl camera community who have witnessed so much from their limited view of the forest have since affectionately renamed their nest tree.  In the days since the last sightings of the great grays, it has become the waiting tree.  And so they wait, wonder, and pray, and, like my two year-old-son did again tonight as I wrote this, return to the portal to their tree and ask, “Owl?”  The regulars at the great gray camera affectionately diagnose themselves with ODD, owl devotion disorder.  And, so they wait, like my son waits, like we all wait for the sounds of the wilderness from the waiting tree.

2 thoughts on “The Waiting Tree”

This is Wayne from Liberty Pines Ranch & LPR Outdoors.